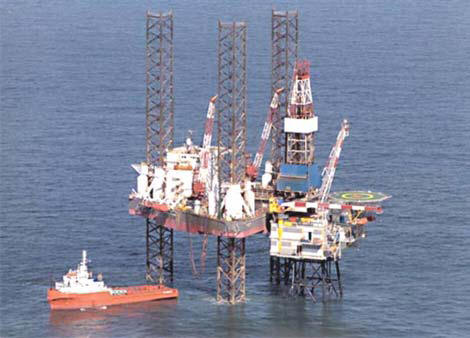 The sample gas is fed into an optical cell by a maintenance-free membrane pump. A beam of UV light passes through the optical cell, a part of it is absorbed by the mercury atoms present in the sample. This method is called atomic absorption spectroscopy; or shortly AAS. It is extremely selective and sensitive. For mercury determination, the AAS method has maintained its importance even if other
methods have been worked out since the early beginnings. The AAS method is low in interference and does not require an amalgamation step or expensive carrier gases.

Mercury is a frequent constituent of natural gas. It can be found in concentrations from a few µg/m³ up to 10000 µg/m³. An important application for the UT-3000 is the measurement of mercury in
natural gas and liquefied natural gas (LNG). A special version of the UT-3000 analyzer is dedicated for measurement of mercury in natural gas. Both a manual system using the Tedlar® Bag Technique as well as an automatic system for on-line installations are available.

The UT-3000 operates automatically. All functions are controlled by an embedded microprocessor. Once the analysis has been started, measurements are performed and data is collected by the built-in data logger. With standard settings the data logger has a recording capacity of 4 weeks. 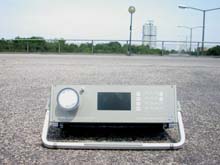 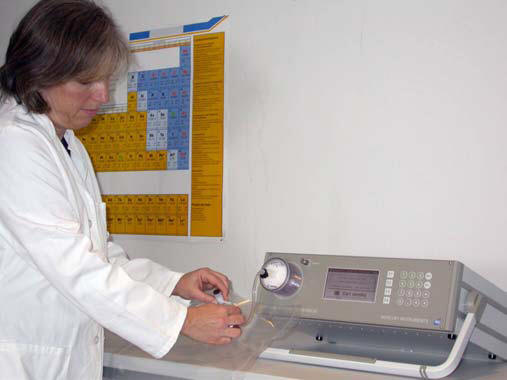 For use in the UT-3000 a new trapping system has been developed: the Mercury GoldTrap, which is one of the key components of the system. It consists of a wafer thin ceramic tube which has been carefully crafted to achieve minimum thermal inertia. The tube has been packed with ultrapure gold and supports a heating coil on its outside. The Mercury GoldTrap reveals sharp and high peaks and an excellent long-term stability. As air is used for purging the trap during the heating step, possible contaminations are oxidized and swept off thus preventing from passivation.

The mercury vapor detector used in the UT-3000 provides a maximum of sensitivity, precision and stability. A high
frequency driven electrodeless mercury low pressure lamp is used as UV light source. It generates a 253.7 nm emission line of an extremely narrow bandwidth which is congruent with the absorption line of the Hg atoms measured. The reference beam method is applied to get an exceedingly high stability of the UV source. The mercury concentration is measured in an optical cell which has been made entirely of fused silica (Suprasil). Thanks to the sensitivity enhancement provided by the GoldTrap there is no need for a long path cell which always has a greater surface effect. Recent solid state UV detectors with subsequent digital signal processing are used for absorption measurement.

It is essential that the trap is free of mercury before sampling. This is ensured by a cleaning step which is automatically performed. To keep particles out of the system and to protect the trap from passivation, a filter is installed upstream the sample inlet. The filter is made of low-interactive material; the filter membrane has a porosity of 0.45 µm and is made of PTFE. The complete filter unit is easily replaceable.

The sample flow is measured with a high precision electronic mass flow meter. The flow rate integrated over time gives the total sample volume. The flow is automatically changed to a lower value during the desorption step to achieve maximum sensitivity.

How does the UT-3000 Mercury Analyzer work?

There are two methods to check and calibrate the instrument: One way is to capture mercury on the GoldTrap by bubbling air through a liquid mercury standard to which stannous chloride solution has been added. Another quick, accurate, and precise way is the static calibration with mercury saturated air. Gaseous mercury is injected directly onto the GoldTrap. In this case the built-in calibration port is used which is internally connected to the sample gas line leading into the GoldTrap. The calibration port is equipped with a septum through which gaseous mercury is injected with a syringe. The type of syringe used for this purpose is specially designed to measure and dispense gases. The mercury is then automatically drawn onto the GoldTrap. Calibration gas sources are available as accessories. The calibration check procedure can be automatized as an option. 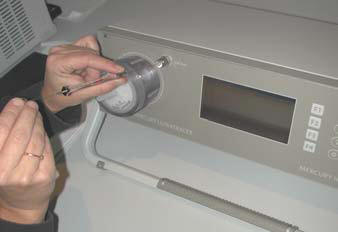 Display and Output of Mercury Measurements

The results of the measurements are displayed on a graphic LCD as a bar graph and numerically. It is possible to view past readings with a paging function. Calibrations are stored in a non-volatile memory. The device has a serial interface for data transfer to a PC and a 0-20 mA output. 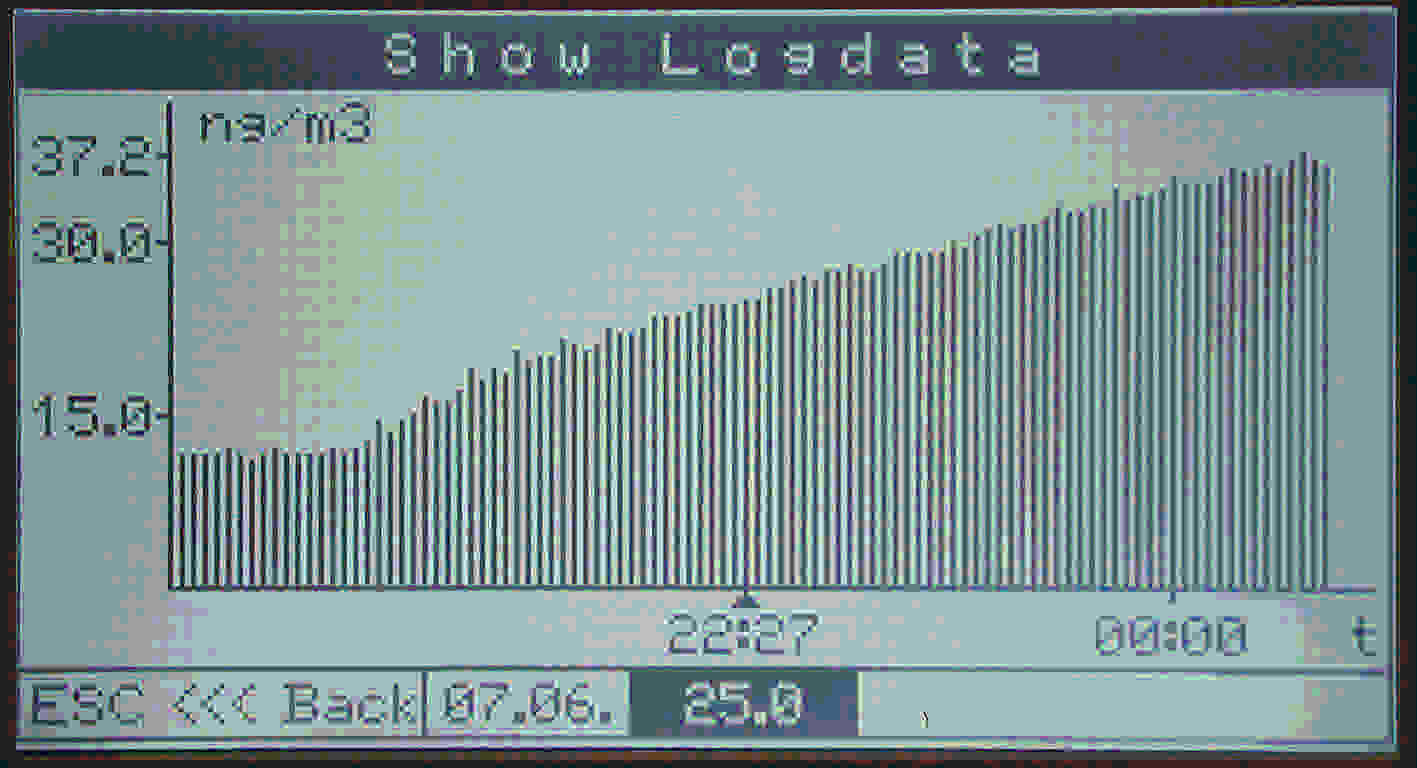 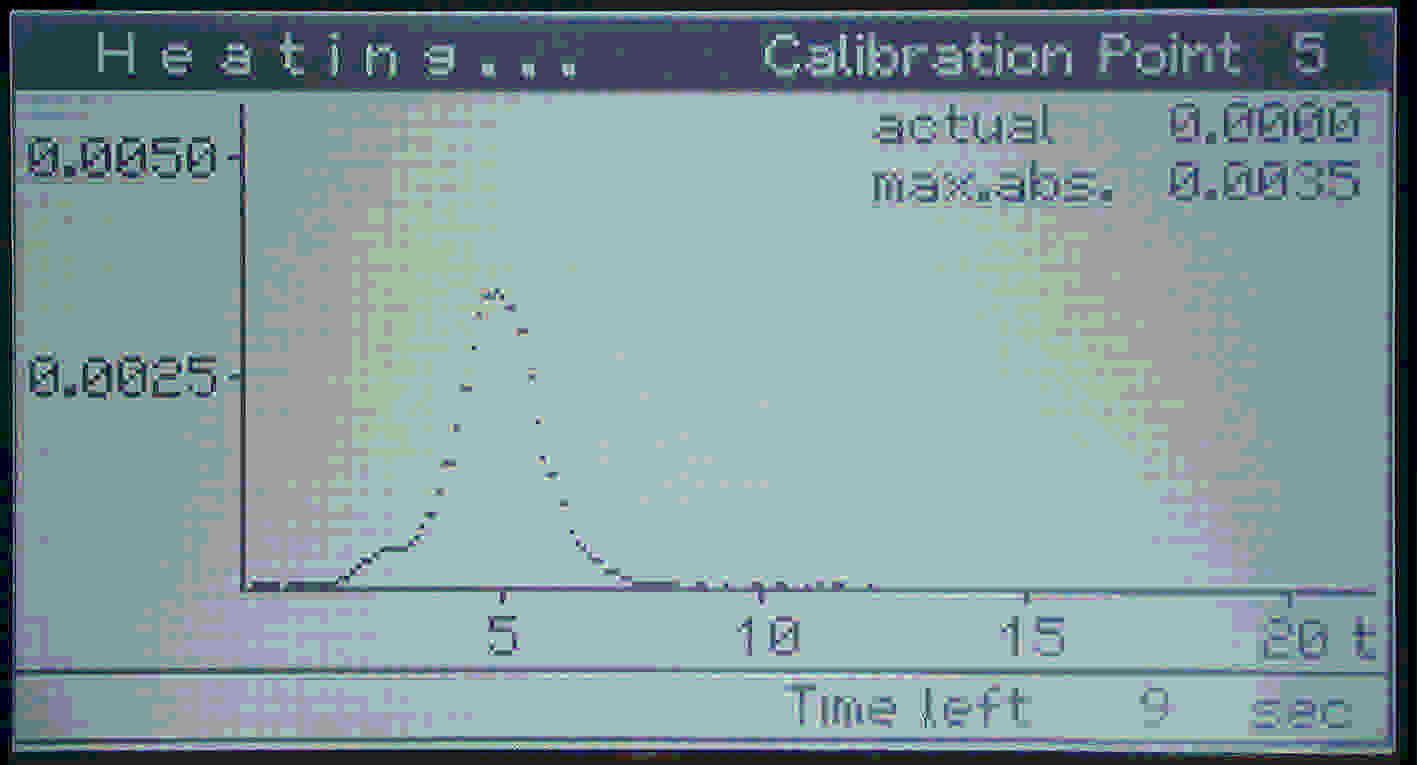 Advantages of the AA Detection Method for Mercury

The latest AA detection technique used in the UT-3000 offers some clear advantages over other methods. Mercury trace detection by fluorescence must use a carrier and sometimes a sheath gas and suffers from the quenching effect which can never be completely eliminated. The UT-3000 requires no expensive gases for operation and there are no negative interferences caused by the quenching effect. Sensitivity and detection limits are far superior to those instruments based on measurement of electrical resistivity of a thin gold film.

Download our digital brochure to learn more about about product details, safety information and other special features and benefits.

Interested in purchasing or renting one of our products? Get started by requesting a quote. A member of our team will contact you directly with more information and next steps.